Home / Who we are / Physiotherapists / Jaco Pretorius 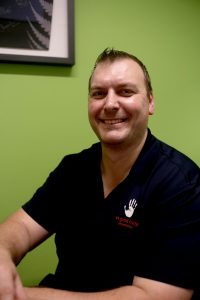 Jaco is a New Zealand Registered Physiotherapist with over 12 years of experience, having worked in both hospital settings and private clinics in South Africa and New Zealand.

Jaco along with his wife and 3 children have been calling Orewa on the Hibiscus Coast home since 2015.